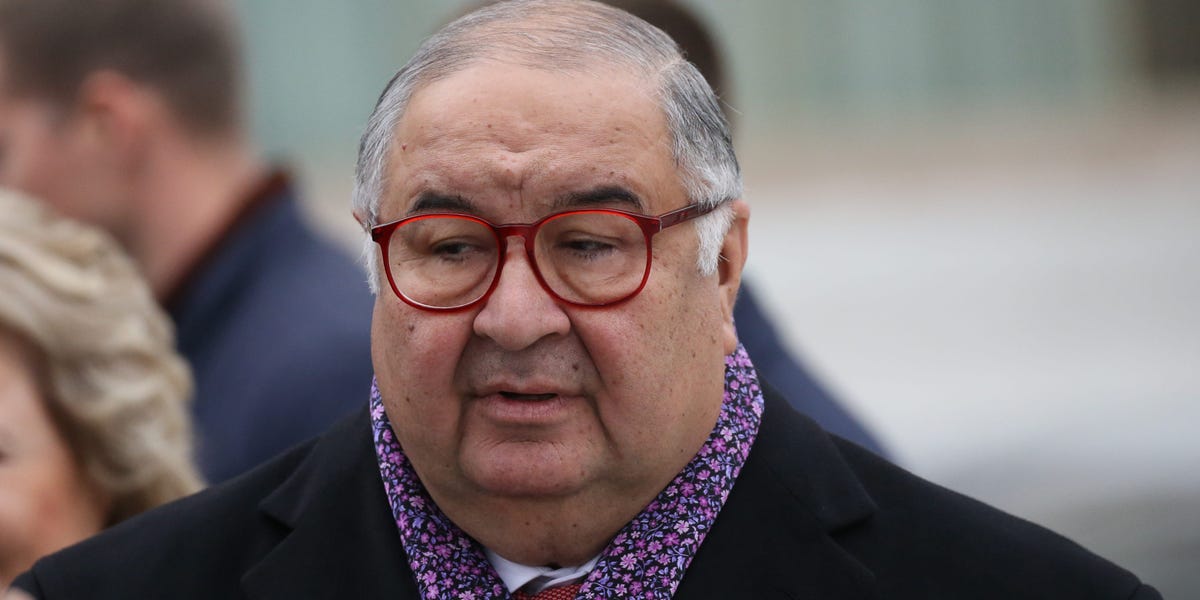 Alisher Usmanov transferred ownership of assets to trusts in 2006: report

Russian billionaire Alisher Usmanov has been sanctioned by the European Union, the United Kingdom, the United States and Switzerland as governments rush to freeze the assets of Russian oligarchs amid the war in Ukraine.

But despite the wave of sanctions, the billionaire’s assets could still be beyond the reach of governments, reports say. That’s because Usmanov previously placed hundreds of millions of dollars in assets – including most of his UK properties and a superyacht – in irrevocable trusts, the Guardian reported, citing a spokesman for the tycoon. These trusts cannot be changed after they are created.

“From that moment on, Mr. Usmanov no longer owned them, nor was he able to manage them or deal with their sale, but could only use them for rent,” said the billionaire’s spokesman told the Guardian. “Mr. Usmanov withdrew as beneficiaries of the trusts, gifting his beneficiary rights to his family.”

The British government said on March 3 that Usmanov owned mansions worth tens of millions of dollars in the country.

Usmanov’s spokesman did not tell the Guardian when the trusts were established, but told Reuters all of the tycoon’s properties were transferred in 2006.

“All of Mr. Usmanov’s assets were incorporated into the irrevocable trusts long before the sanctions arrived,” the spokesman told Reuters. “It had nothing to do with sanctions and was determined by estate planning.”

Usmanov is Russia’s fifth-richest person with a net worth of $18.7 billion, according to the Bloomberg Billionaires Index. He founded USM, a holding company, in 2012 to consolidate his interests in a wide range of industries, including metals, telecommunications and technology.

The two mansions that the UK government says belonged to Usmanov have been linked to a network of trusts and companies registered in tax havens like the British Virgin Islands, the BBC reported.

“Complex networks of secret shell companies in these jurisdictions mean the UK government is trying to enforce these sanctions with one arm tied behind its back,” Steve Goodrich, head of research and investigations at Transparency International UK, told the BBC. .

A spokesman for British Prime Minister Boris Johnson told Reuters the country’s sanctions would have a “significant impact” on Usmanov.

Usmanov did not immediately respond to Insider’s request for comment, sent via USM, but said EU sanctions against him were based on “false and defamatory allegations” and that he would use “all legal means” to protect his honor and reputation.

Property versus shares: how do they compare?