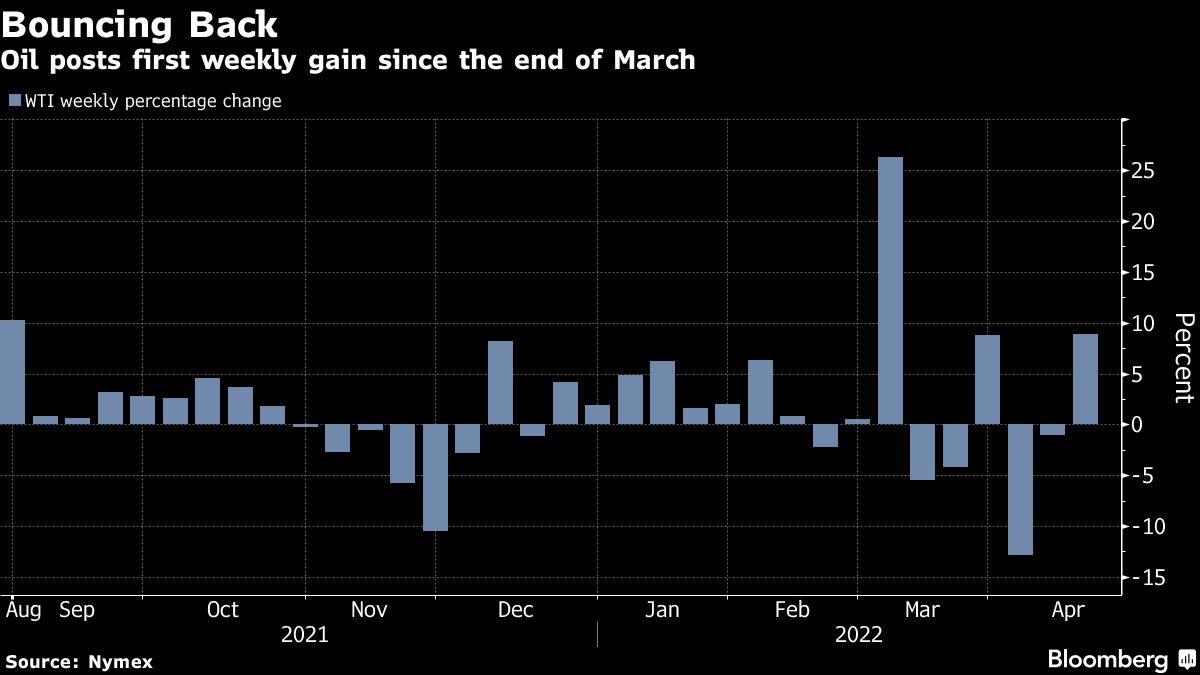 (Bloomberg) – Asian stocks are set to fall on Friday after worries about accelerating inflation and monetary tightening again hurt Treasuries and US stocks.

Stock futures fell in Japan, one of the few markets open in the region along with China and South Korea during the Easter holiday. The tech sector led a retreat from Wall Street on Thursday that also saw Chinese stocks traded in the United States sink.

Treasury yields jumped after a bigger-than-expected rise in U.S. import prices and comments from Federal Reserve official John Williams, who said interest rate hikes of half a percentage point were a “reasonable option”. A dollar gauge rallied. Treasury markets are closed for Good Friday.

Unlike the United States and many others, China appears ready to ease policy to help an economy hit by Covid lockdowns. The central bank is expected to lower a key rate on Friday and could inject more liquidity into the financial system.

Oil’s biggest weekly rally this month underscored the price pressures facing the global economy. Crude was bolstered by a report that the European Union is set to adopt a phased ban on imports from Russia due to the war in Ukraine.

Rising bond yields put gold and Bitcoin on the back foot. The world’s largest cryptocurrency slipped below $40,000.

Bond market swings remain the focus of investors’ minds, reflecting the ebb and flow of worries about when inflation will peak and the potential economic damage from tighter monetary policy across much of the world.

“We don’t think there will be a recession,” Julian Emanuel, chief equity strategist at Evercore ISI, said in an interview with Bloomberg Television. “We don’t think the Fed is going to break the glass. But the problem is that investors are not yet in this state of mind.

In Europe, policymakers are forming a consensus around a rate hike in the third quarter to combat record inflation, according to people familiar with the matter. The first hike in borrowing costs from the European Central Bank in more than a decade is expected to be 25 basis points.

Meanwhile, Twitter Inc. closed lower, hurt by billionaire Elon Musk’s bid to buy the social media giant. The company is reportedly considering adopting a measure that would protect it from hostile takeover bids.

Traders at Wall Street’s biggest investment banks had a better-than-expected quarter as the war in Ukraine added to volatility. But questions are emerging about future earnings growth as recession fears loom.

“No one ever suggested that when the Fed started raising rates the market would sell off dramatically,” Quincy Krosby, chief equity strategist at Lpl Financial LLC, told Bloomberg Television. ” This is not the case. The market can do very well. This time around, you have quantitative easing, the exact opposite of cash flow. It makes a big difference.”