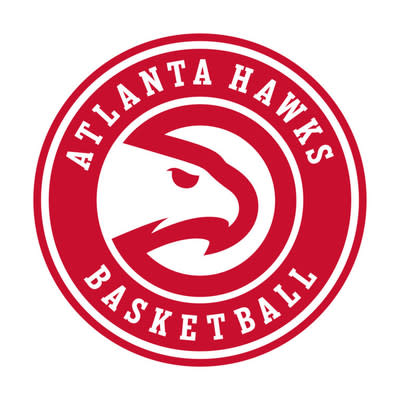 NEW YORK, January 4, 2022 / PRNewswire / – Dyal HomeCourt Partners (“HomeCourt”) today announced that it has acquired an almost six percent (6%) stake in the Atlanta Hawks from nine existing minority shareholders. Principal owner of the Atlanta Hawks Tony Ressler did not participate in the sale and will retain its majority stake in the franchise. HomeCourt is managed by Dyal Capital, a division of Blue Owl, a leading alternative asset manager with $ 82.9 billion in assets under management.

HomeCourt was formed in 2020 as a partnership with the NBA to provide institutional capital to the NBA ecosystem to support the league’s long-term growth and improve market liquidity. HomeCourt is the only institutional investor who can acquire a pool of minority stakes in an unlimited number of NBA franchises, intended to provide its investors with diversified access to the impressive NBA growth engine. The transaction represents HomeCourt’s third minority investment in an NBA franchise. Previous investments included the Phoenix Suns in July 2021 and the Sacramento Kings in August 2021.

Moelis & Company LLC served as financial advisor to the Hawks during the transaction.

Michael rees, co-president of Blue Owl, commented, “Partnering with Tony and the Hawks is an exciting prospect given the strong growth the franchise has achieved over the past few years. In addition to a stellar management team, the franchise benefits from being located in one of the fastest growing metropolitan areas in the country. We look forward to working together and are excited about what the future holds, on and off the pitch. “

Tony Ressler, principal owner and president of the Atlanta Hawks, said, “We welcome the influx of institutional capital as a validation of the hard work that the management and staff of the Hawks’ front office and basketball operations undertook during the tenure of our ownership group. a priority to commit the resources to build a world-class squad worthy of a world-class city, and so far we’ve invested in the best players, transformed State Farm Arena, built a training facility and state-of-the-art sports medicine, brought a G League team to College Park, launched initiatives to develop black businesses and reinvested in our communities across the city. On behalf of all members of the franchise, we are delighted to partner with Dyal HomeCourt as we continue to invest in the franchise and serve as a leader in the community. “

David Haber, NBA CFO, said, “The partnership between the Atlanta Hawks and Dyal HomeCourt Partners continues to demonstrate the value and growth potential that institutional investors see in NBA franchises. We are delighted that Dyal is forging their third partnership with an NBA team and look forward to continuing to expand their investment model across the league. “

ABOUT BLUE OWL
Blue Owl is a global alternative asset manager with $ 82.9 * billion in assets under management at September 30, 2021. Anchored on a solid permanent capital base, the company deploys private capital in direct lending, GP solutions and real estate strategies on behalf of institutional and private clients. Blue Owl’s flexible and consultative approach helps position the firm as a partner of choice for companies seeking capital solutions to support their sustained growth. The company’s management team is made up of seasoned investment professionals with over 25 years of experience building alternative investment businesses. Blue Owl employs more than 350 people in 10 offices around the world. For more information, please visit us at www.blueowl.com.

* Proforma at 09/30/21 to include assets under management attributable to Oak Street which became a Blue Owl company on 12/29/21.

ABOUT ATLANTA FALCON
Committed to entertaining and uniting the city of Atlanta since 1968, the Atlanta Hawks & State Farm Arena, under the direction of principal owners Tony Ressler and Jami gertz, keep building bridges through basketball by following his True to Atlanta mantra. On the pitch, the exciting young Hawks core is led by the All-Star point guard Young Traé because the organization has received the highest ranking in the NBA in terms of overall game experience over the past two seasons. Off the pitch, the Hawks organization strives to positively impact the lives of Atlanta residents by giving them access to youth basketball, tackling food insecurity and recently transforming the State Farm Arena in Georgia largest polling station on record for the 2020 election. The Hawks family also includes College Park Skyhawks (NBA G League) and Hawks Talon Gaming Club (NBA 2K League). Atlanta Hawks membership, which includes your seat for every home game of the 2021-22 regular season, is now on sale at www.hawks.com/membership or by calling 866-715-1500. For more information on the Hawks, log onto www.hawks.com or follow us on social media @ATLHawks.