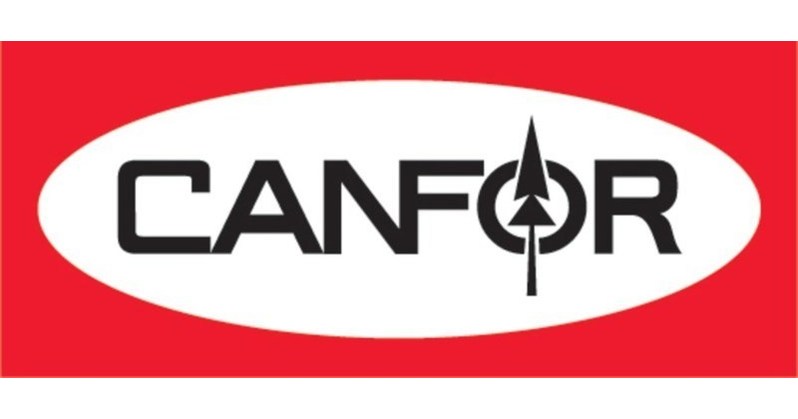 VANCOUVER, BC, February 24, 2022 /CNW/ – Canfor Corporation (TSX: CFP) has entered into a letter of intent with the McLeod Lake Indian Band and the Tsay Keh Dene Nation to sell its forest tenure in the Mackenzie region British Columbia (BC) and a separate agreement with Peak Renewables to sell its Mackenzie site, plant and equipment for a combined price of $70 million.

Canfor, McLeod Lake Indian Band and Tsay Keh Dene Nation intend to work towards a final agreement for the sale of forest tenure and will seek approval from the Minister of Forests, Lands, Resource Operations Natural Resources and Rural Development of British Columbia for the transfer of tenure.

“We are very pleased that the sale of the Mackenzie Tenure provides the McLeod Lake Indian Band and the Tsay Keh Dene Nation with an opportunity to increase their leadership in the forest economy and advance the stewardship values ​​of the nation for the benefit of their communities,” said Don KaynePresident and CEO, Canfor.

Chief Pierre of the Tsay Keh Dene Nation said, “First Nations in British Columbia have been relegated to marginal roles in the forestry sector for too long. The letter of intent signed with Canfor has the potential to dramatically change this imbalance within the Mackenzie timber supply area. .” Chief Pierre also noted that “through further work and agreements, the Letter of Intent opens a clear path for the eventual transfer and subdivision of forest tenure between the McLeod Lake Indian Band and Tsay Keh Dene.”

Chief Chingee of the McLeod Lake Indian Band said, “As stewards of our ancestral territory, we, the people of the Rocks, are pleased to acquire this forest tenure in our territory. This purchase represents an important opportunity for us to continue our work towards economic stability and prosperity for our members, communities and business partners, while ensuring careful and responsible stewardship of our sacred environment in accordance with our traditional Tse laws, customs and knowledge. ‘khene. »

For many years Canfor has worked with the McLeod Lake Indian Band and the Tsay Keh Dene Nation to advance the relationship and support the nation’s stewardship and natural resource development goals. The tenure agreement will provide both nations with greater oversight and control over resource development activities within their traditional territories. In addition, this agreement supports ongoing reconciliation efforts and is strongly aligned with the Government of British Columbia’s document of intent.

Canfor is a leading integrated forest products company based in Vancouver, British Columbia (“BC”) with interests in British Columbia, albertaNorth and Caroline from the south, Alabama, Georgia, Mississippi, Arkansas and LouisianaAs good as inside Sweden with a 70% stake in Vida Group. Canfor primarily produces softwood lumber and also owns a 54.8% interest in Canfor Pulp Products Inc., which is one of the world’s largest producers of northern bleached softwood kraft pulp and a major paper producer high performance kraft. Canfor shares trade on the Toronto Stock Exchange under the symbol CFP. For more information, visit canfor.com.