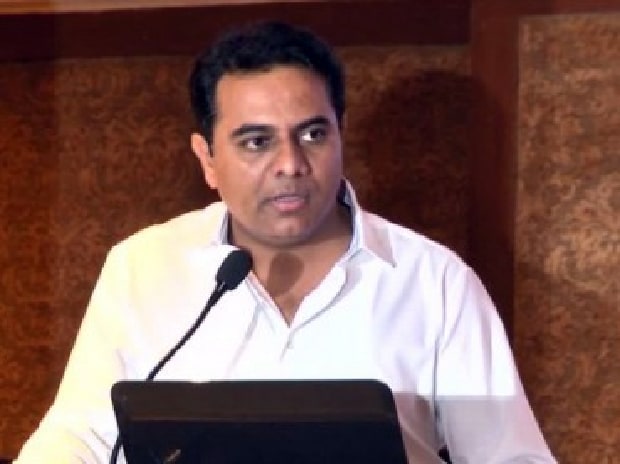 Center must drop plans to sell assets worth Rs 40,000 cr to Telangana: KTR


Stating that the BJP-led central government was planning to sell off assets, including land, allocated to different public sector enterprises (PSUs) in Telangana, State Minister KT Rama Rao demanded on Sunday that the Center withdraw those plans .

Instead of selling the assets, the Union government should explore possibilities to revive and strengthen the PSUs, Rama Rao, popularly known as KTR, said in a letter to the Union Finance Minister, Nirmala Sitharaman.

“If it is not feasible, the state government should have the option of creating new industrial units on these lands,” KTR said.

The central government’s plans to sell power packs only mock the rights of the state government, he said in the letter.

Minister of Industries Telangana pointed out that many states, including Tamil Nadu, strongly opposed the Centre’s moves to sell the UAPs installed in their respective territories.

Blaming the central government for its attempts to sell PSUs under the guise of divestment, KTR sought to know under what provisions or rights the Narendra Modi government was considering the sale of PSUs set up in different states.

It is “unfortunate” that the Modi government does not provide job opportunities for unemployed youths. If UAPs were reopened, they would provide direct employment to thousands of people and indirectly benefit millions, he said.

Instead, the central government was focusing on withdrawing investment to facilitate the sale of businesses, he said.

The state government had allocated about 7,200 acres to these six companies, KTR said, adding that the value of these lands would be close to Rs 5,000 crore according to government tariffs and according to free market prices, the value could be more than Rs 40,000 crore.

The state government allocated land to these companies at marginal prices and in a few cases they were offered for free, as the creation of these units would generate employment for the local population, in addition to facilitating industrial development, added the minister.

When the Telangana government urged the Union government to allocate land for the construction of airways to improve transport in Hyderabad, the Center demanded compensation according to the market price, he said.

“In this context, how can the central government sell the lands that have been allocated by the state government for the establishment of the UAPs,” the minister questioned.

“I call on the Union government to reconsider these plans or else the Telangana government will severely hamper the movements,” KTR added.

(Only the title and image of this report may have been edited by Business Standard staff; the rest of the content is auto-generated from a syndicated feed.)

Business Standard has always endeavored to provide up-to-date information and commentary on developments that matter to you and that have wider political and economic implications for the country and the world. Your constant encouragement and feedback on how to improve our offering has only strengthened our resolve and commitment to these ideals. Even in these challenging times stemming from Covid-19, we remain committed to keeping you informed and updated with credible news, authoritative opinions and incisive commentary on relevant topical issues.
However, we have a request.

As we battle the economic impact of the pandemic, we need your support even more so that we can continue to bring you more great content. Our subscription model has received an encouraging response from many of you who have subscribed to our online content. More subscription to our online content can only help us achieve the goals of bringing you even better and more relevant content. We believe in free, fair and credible journalism. Your support through more subscriptions can help us practice the journalism we are committed to.

Tech stocks in jeopardy as Switzerland moves to stabilize the franc