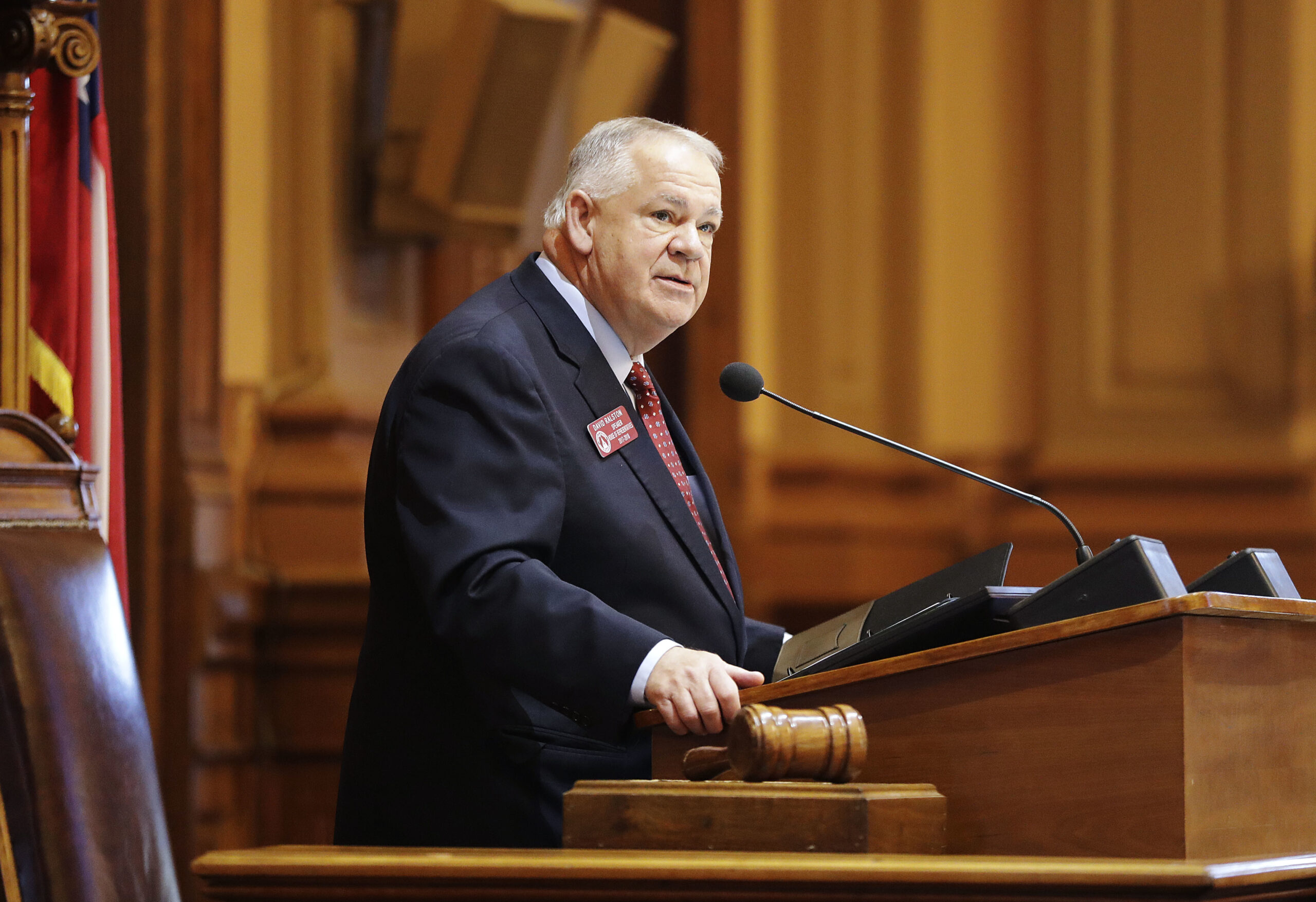 Seeking to tighten financial pressure on Russia in its war against Ukraine, governors and lawmakers in many U.S. states took steps on Monday to withdraw state investment from Russian companies while encouraging private entities to do the same.

The effect of sanctions imposed by US states often pales in comparison to national sanctions, but state officials have said they want to show solidarity with Ukraine and do what they can to strengthen the sanctions imposed on Russia by the US government and other Western countries.

Georgia House Speaker David Ralston, a Republican, received a bipartisan standing ovation on Monday when he told representatives he would seek to have state pension funds quickly removed from all Russian assets.

“I don’t know about all of you, but I don’t want a penny of Georgians’ money going to subsidize Vladimir Putin,” Ralston said. “Although our role in international affairs is limited, we make it clear that we stand with those who want to live in peace.”

Georgian Secretary of State Brad Raffensperger, who oversees state company registrations, also on Monday called on Georgia-based companies and investors to stop doing business with Russia or any company that supports Russia.

Some state actions have been largely symbolic. Over the weekend, Pennsylvania Governor Tom Wolf’s administration lit up the Capitol’s facade in the yellow and blue colors of the Ukrainian flag.

But other state actions have potential.

On Monday, the Indiana House passed a law that would bar Russian-controlled businesses and nonprofits from acquiring property in Indiana for one year. He now goes to the Senate.

“Indiana will not be a haven for ill-gotten Russian funds, nor for its oligarchs trying to find financial shelter in the wake of Putin’s unreasonable invasion of Ukraine,” the US representative said. State Democrat Ryan Dvorak in proposing the amendment last week.

New York Governor Kathy Hochul signed an executive order on Sunday banning her state from doing business with Russia. She ordered state agencies to hand over money and assets of companies or institutions helping Russia in its war against Ukraine. The Democratic governor also said New York would welcome Ukrainian refugees, noting that New York is already home to the largest Ukrainian population in the United States.

“We strongly condemn the action of Putin and Russia for this unprovoked attack, which is now leading to atrocities against innocent human beings,” she said.

In a memo to fellow senators, Democratic Sen. Sharif Street said Pennsylvania “must exercise its economic power to ensure that Russia faces serious consequences for its flagrant violations of international law and human cooperation. “.

Pennsylvania House Majority Leader Kerry Benninghoff, a Republican seeking co-sponsors for the legislation, said state lawmakers “have a moral obligation to ensure that our investments in public funds do not inadvertently support those who engage in an unprovoked invasion of their democratically elected neighbors.”

Arkansas lawmakers have also tabled proposals allowing state banks to freeze the assets of Russian oligarchs and require a boycott of Russian-made products.

The governors of New Jersey and Virginia have also ordered a review to determine whether public funds are going to Russian companies or investments supporting the Russian government.

Some governors seek to sever goodwill relations between their home states and those in Russia. Virginia Governor Glenn Youngkin, a Republican, has called on the cities of Norfolk and Roanoke to end their sister city partnerships with Russian cities. Iowa Governor Kim Reynolds, a Republican, called for ending sister-state relations with Stavrapol Krai, Russia, and strengthening sister-state relations with Cherkasy Oblast, in Ukraine.

Several states have expressed their willingness to provide housing for Ukrainian refugees. The Washington State House and Senate each added amendments to their budget proposals setting aside $19 million to provide services and temporary housing for refugees from Ukraine.

Texas Governor Gregg Abbott, a Republican, posted on Twitter over the weekend that he had asked restaurants and retailers “to voluntarily remove all Russian products from their shelves.”

Officials in Iowa, New Hampshire, Ohio, Pennsylvania, Utah and Virginia – all states that control the sale of alcohol – have ordered that alcohol of Russian origin be removed from store shelves, joining a pro-Ukrainian movement with some bars and private businesses.

“Utah stands in solidarity with Ukraine and will not support Russian businesses no matter the size of the exchange,” Utah Republican Gov. Spencer Cox said.