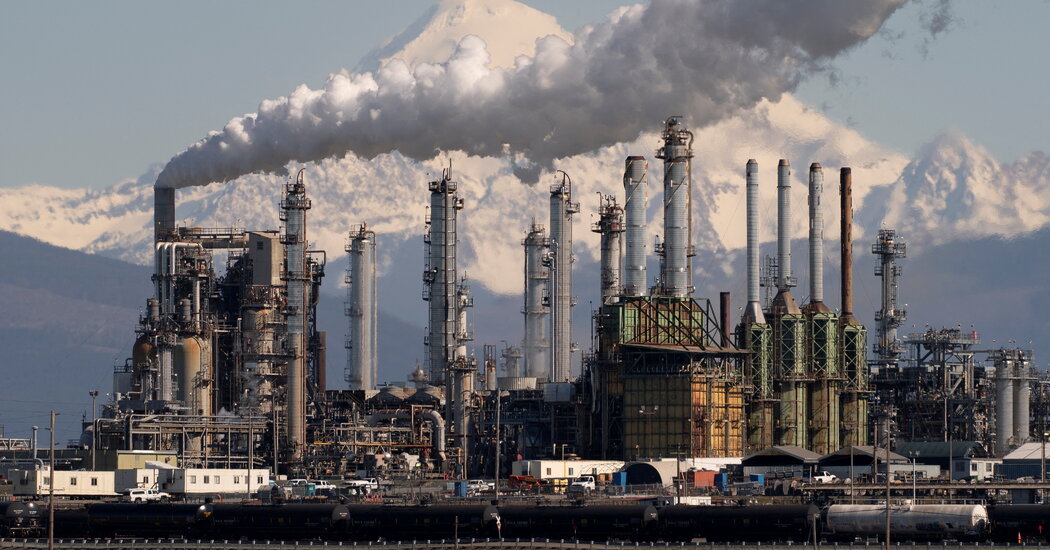 Leaders of the Group of 7 nations pledged in a virtual meeting with President Volodymyr Zelensky on Sunday to ban or phase out Russian oil, in a bid to further erode Russia’s economic position as it pursues his invasion of Ukraine.

The group did not provide details, but said in a statement that the plans would be implemented “in a timely and orderly manner, and in such a way as to allow time for the world to secure alternative supplies”.

Oil bans are a double-edged sword. Oil is one of Russia’s main exports, and Moscow would almost certainly suffer an economic blow if it were banned, but parts of Europe are heavily dependent on its oil and are therefore also vulnerable.

The United States, which has imported a relatively small amount of energy resources from Russia, has already banned the import of Russian oil and gas.

The European Union, which gets about a quarter of its crude oil imports from Russia, has also announced plans to phase out Russian oil, but is still in talks to formalize the decision. The bloc is too dependent on Russian gas to consider banning it in the short term, but has drawn up plans to gradually become independent of it.

The G7 also said it would take action to halt the provision of key services on which Russia depends and to toughen sanctions against financial elites who support President Vladimir V. Putin, as well as their family members.

The White House also announced new sanctions on three Russian state television stations on Sunday and said it would ban Americans from providing accounting or consulting services to anyone in Russia.

The Group of 7, which includes some of the world’s largest economies, said member countries – Canada, France, Germany, Italy, Japan, the United Kingdom and the United States – would continue also to provide billions of dollars in military aid and intelligence. to Ukraine, which helped the country thwart Russian forces.

During Sunday’s meeting, Zelensky made the case for Ukraine to world leaders, saying his ultimate goal was to force the full withdrawal of the Russian military.

The G7, in its statement, said member countries had assured Mr. Zelensky of their “continued readiness to make new commitments to help Ukraine secure its free and democratic future.”

The call came on the day G7 leaders commemorate the end of World War II and as Russia prepared for its annual celebration of the Soviet victory over Nazi Germany in 1945.

“We remain united in our determination that President Putin does not win his war against Ukraine,” the G7 statement said. “We owe it to the memory of all those who fought for freedom in World War II.”

Mr Putin’s actions, he said, “bring Russia and the historic sacrifices of its people to shame”.

Ahead of the call, the UK announced it would offer an additional £1.3 billion (about $1.6 billion) in military aid and support to Ukraine. The new funding nearly doubles existing support of £1.5 billion.

TPG Telecom to sell tower assets to OMERS for $950 million