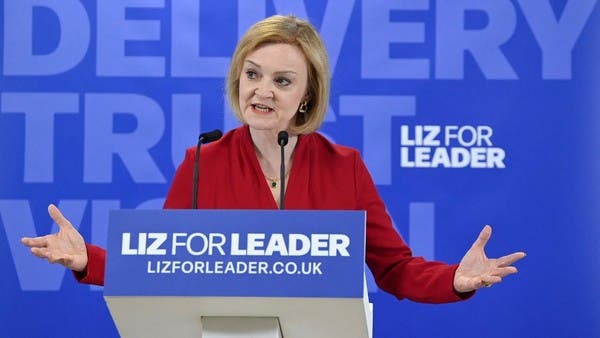 Former Bank of England deputy governor Charlie Bean says investors are starting to view UK assets as riskier due to signals from Liz Truss supporters about plans to cut taxes and increase in expenses.

Bean said investors would be concerned that the Treasury was running a “large and sustained deficit over the medium term, as well as suggestions that Truss would change the Bank of England’s mandate if it won the race to replace Boris Johnson as Prime Minister.” The UK faces a deeper and longer recession than some fear,” he said.

For the latest headlines, follow our Google News channel online or through the app.

Bean added that the £30billion fiscal space the Treasury had earlier this year has now evaporated with soaring inflation, which is driving up both the cost of debt and welfare payments. Truss earmarked that money to fund his policies, leaving his would-be government little wiggle room with tax giveaways and the need to boost investor confidence, he said.

“I could see investors starting to think the UK didn’t seem like such a good place to invest,” Bean said in an interview with Bloomberg Television on Wednesday. “You’ll see a risk premium reappear on gilts, which is just starting to happen.”

The remarks indicate the scale of the economic crisis facing whoever wins the contest to lead the ruling Conservative Party and the nation. Truss is the frontrunner with less than a week to go before the decision is announced and has courted party loyalists with promises of tax cuts to spur growth.

With the leadership race clouding the economic outlook, UK assets have had a torrid summer. The yield on 10-year government securities jumped about 1 percentage point in August alone, while the pound plunged 4.4% against the dollar. Meanwhile, overseas investors sold off British government bonds at the fastest pace in four years in July, Bank of England data showed on Tuesday.

Bean served at the BOE as chief economist and deputy governor for monetary policy before completing a tour at the Office of Budget Responsibility, the government’s fiscal watchdog.

His comments match those of Rishi Sunak, the former Chancellor of the Exchequer who is following Truss in the contest.

Sunak warned in an interview with the Financial Times that the next prime minister risks seeing markets lose confidence in Britain’s economy.

“Worst-case scenario you could see a very difficult situation for the government in the fall or early next year when they find it’s much more expensive to fund their borrowing and the pound sterling is under pressure, forcing the bank to enforce a tighter monetary policy,” Bean said.

He said it would be “problematic for a Truss administration to run continued deficits to fund tax cuts and that weaker economic growth also risks eating away at Treasury revenues.” The Bank of England should also keep rates higher for longer,” he said.

“What worries me about what she has proposed so far is that the tax cuts that are at the heart of what she is proposing do not really target the households that are suffering the most, are relatively little for small businesses – and more specifically they’re meant to be permanent,” Bean said.