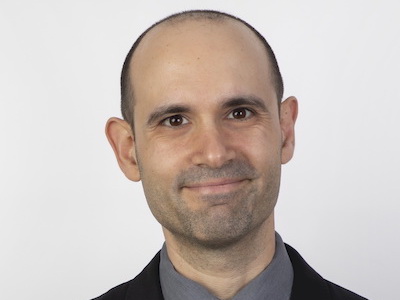 A decision of the Ontario courts affirmed two important principles:

1. Pre-construction assets should not be transferred without the consent of the builder; and

2. When buying and selling real estate, never lose sight of the obligation to act in good faith.

Last year, in Wastech Services Ltd. vs. Greater Vancouver Sewerage and Drainage Districtthe Supreme Court of Canada has upheld the duty to act in good faith in the performance of contracts (please see my column about this question).

Now, over a year later, the problem arose again, when a buyer of a pre-construction property agreed to transfer the property to a group of buyers, then replaced another buyer without consent. The Ontario Superior Court ruled that this was a bad faith transaction and did not allow the assignment.

In Chandran et al c. Pannu et al., a buyer entered into a buy-sell agreement with a builder in October 2020 for the purchase of a pre-construction property. The deal was expected to close in September 2021.

The contract explicitly stated that if the buyer wished to assign his interest in the contract, the consent of the builder was required and an assignment fee was payable.

In March 2021, before construction was completed, the purchaser assigned its interest in the agreement to two other co-purchasers without seeking the builder’s consent, as required.

The new purchasers accepted the assignment, signed an amended agreement of purchase and sale and paid a deposit to the original purchaser.

Construction of the property has been repeatedly stalled due to construction delays and other unforeseen issues caused by the COVID-19 pandemic. The closing date has been pushed back to November 2021.

After signing the Amended Agreement of Purchase and Sale, the value of the property increased significantly. By March 2022, it had almost doubled from the original purchase amount.

Prior to the closing date, the joint purchasers repeatedly requested confirmation that the builder’s consent had been obtained, as required. The original buyer ignored the requests and later amended the original purchase and sale agreement with the builder and replaced his real estate agent’s wife as the buyer.

The consent of the joint purchasers was not obtained before the contract was modified and assigned to the new purchaser.

The transaction was concluded in December 2021 and the new buyer became the owner of the property.

The legal action and the decision

In response, the original purchaser argued that since the builder had not consented to the assignment of the contract, he was free to sell the property to the other purchaser.

The court sided with the co-purchasers and ruled that the original purchaser breached the agreement by not obtaining the builder’s consent. It was also found that the agreement had been breached a second time when it was transferred to the new purchaser.

Moreover, it was found that the new acquirer had accepted the agreement knowing that it was a violation of the agreement concluded with the co-acquirers.

Finally, the new buyer was ordered to sell the property to the co-buyers, in accordance with the transfer contract.

This decision is a stark reminder that when it comes to buying and selling real estate, the courts will not tolerate parties acting in bad faith and trying to evade the clear terms of the contract.

As this case shows, this principle also applies to obtaining the consent of the builder when the agreement requires it.

Stock market: should I buy stocks now – or wait?