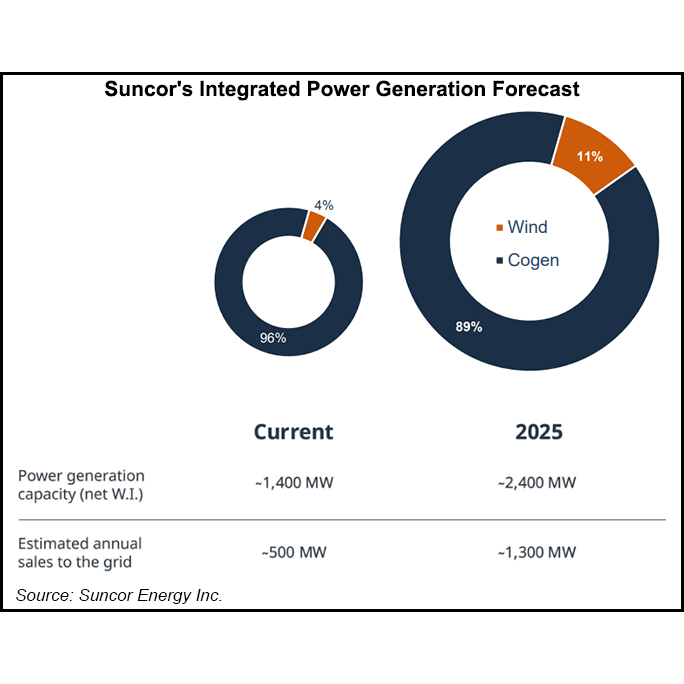 Calgary-based Suncor Energy Inc. on Monday announced plans to sell its wind and solar assets to refocus its environmental products division toward renewable fuels and hydrogen.

“We are adjusting our portfolio to adapt and focus,” Chairman Mark Little said.

No target date and no asking price have been announced for the divestment of the green power interests held by the major oilsands producer.

Suncor owns 75 wind turbines in Alberta, Ontario and Saskatchewan with a combined generating capacity of 111 MW. Another 45 turbines, with a capacity of 200 MW, are under construction in southeastern Alberta. A 220 MW solar power project in Alberta was also under consideration.

Suncor also has investments in a Quebec biofuels plant under construction in Varennes. Additionally, it has invested in Lanzajet Inc.’s green aviation gas project in Soperton, Georgia, as well as a hydrogen plant partnership in Alberta. It is also testing fuel cell trucks.

Suncor’s management said it will “place an increased focus on hydrogen and renewable fuels to accelerate progress toward its goal of being a net-zero carbon company” by 2050. That’s the date targeted by the Canadian government to reduce greenhouse gas emissions.