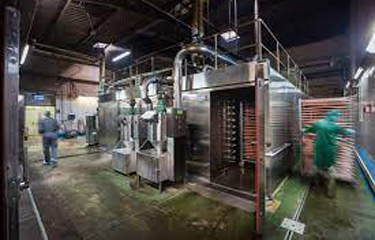 Européenne De La Mer supplies salmon and smoked fish products for the European market. The acquirer of the assets is Polish company Dobry Pracownik, Thai Union said on May 18. As part of the deal finalized on May 13, Dobry Pracownik will purchase the facility’s physical assets, including land, buildings and equipment. Thai Union declined to provide the sale price of the assets.

Thai Union announced the decision to close the factory near Bydgoszcz, Poland in October 2021, citing “very difficult market conditions and a lack of competitiveness compared to its peers”.

Thai Union said its net profit for the period from January to March 2022 was 1.7 billion baht ($49.1 million, €46.7 million), down 3.2% from compared to the same period in the first quarter of 2021. The company attributed the decline to the “continued impacts of the pandemic and supply chain challenges, [financial exchange] loss and severely strained Red Lobster’s operations.

Its operating profit was the same value as its net profit – 1.7 billion THB ($49.1 million, €46.7 million) – a 10.9% year-on-year decline. the other. The company cited increased logistics costs and marketing expenses as key pain points.

Crypto-NFT – The next revolution in crypto assets