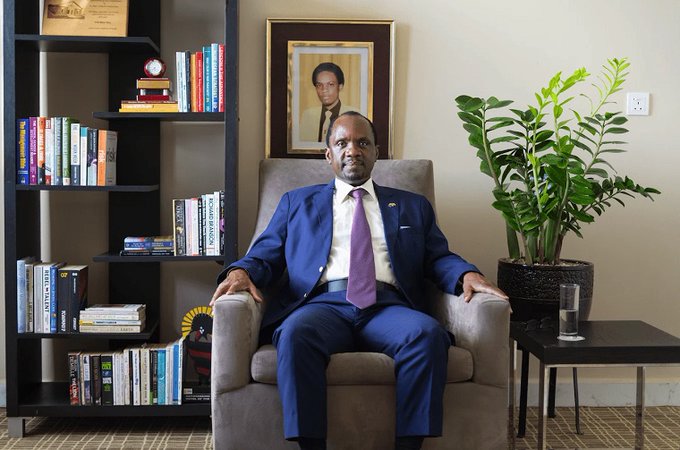 The Court of Appeal has blocked the sale of the properties of City businessman Patrick Bitature which was recently approved by High Court Commercial Division Judge Stephen Mubiru.

That’s according to a decision handed down Monday morning by Court of Appeal judge, Justice Christopher Gashirabake.

The decision follows a petition filed by Bitature’s lawyers from Muwema and Company Advocates.

“…there is every evidence that there is a real threat of sale/transfer of the property before the determination of the main jurisdictional arguments of this Court can be determined,” Gashirabake said, adding, “For this reason , I grant the order of protection sought.”

The judge said any other form of threat to sell or sell the advertised property “is hereby stayed until the application of the temporary stay order is determined.”

“I am ordering accordingly. I am not giving any order as to the cost,” he added.

Here is the full decision:

THE REPUBLIC OF UGANDA

AT THE UGANDA COURT OF APPEAL IN KAMPALA

ARISING FROM CIVIL APPEAL NO. 2022

When the civil application NO. 538 of 2022 were heard, Mr. Fred Muwema, Friday Roberts Kagoro and C. K Nsubuga appeared for the Claimants and Mr. S. Tendo Kabenge, Robert Kirunda and Kasabiti Diana appeared for the Respondents.

Mr. Fred Muwema applied for an order of protection, stating that there is an imminent threat of sale of the applicant’s properties comprised within;

Mr. ST Kabenge and Mr. Robert Kirunda opposed the claim on the grounds that no threat of sale of the property was imminent as claimed by the claimants. That the sale which should have taken place on June 18, 2022 never took place and that no sale of this type is envisaged.

Further, the claim was wrongly brought to this Court as the parties were in arbitration and therefore this Court did not have jurisdiction under Section 9 of the Arbitration and Conciliation Act.

Plaintiffs’ counsel argued that prior to the expiration of 30 days after the announcement of the sale, the property is still available for sale and therefore the threat is still there.

Counsel for the respondents vigorously rebutted this argument.

Counsel for the plaintiffs requested that the order of protection be made under the provisions of the Rules of this Court, in particular rule 2(2) of the Judiciary Rules (Court of Appeal), SI 13-10 , in order to preserve the status quo.

Having listened carefully to the submissions of both counsel, I am satisfied that Rule 2(2) of Judicature Direction SI 13-10 (Court of Appeal Rules) empowers the Court to make Court orders where it is evident that there is an imminent threat, or danger, of the sale of the property.

There is a copy of the ad in the Daily Monitor from Wednesday, May 18, 2022, attached as Appendix B to the request. If indeed, as argued by counsel for the respondents, there is no imminent threat or danger of the sale of the property, why would the advertisement in the Daily Monitor have appeared in the newspapers? The ad has not been removed. Is a prudent person supposed to ignore the ad? The answer is a resounding no!!. Would anyone rely on the ad to offer to buy the property. Yes!!

I am mindful of the provisions of Section 9 of the Arbitration and Conciliation Act and submit that this Court has no jurisdiction in this case.

Having addressed the above as I have, there is every evidence that there is a real threat of sale/transfer of the property before the determination of the main jurisdictional arguments of this Court can be determined .

For this reason, I grant the requested order of protection.

Any other form of threat to sell or trade in the advertised property is suspended until the application of the interim suspension order is determined.

I order accordingly. I make no order as to costs.