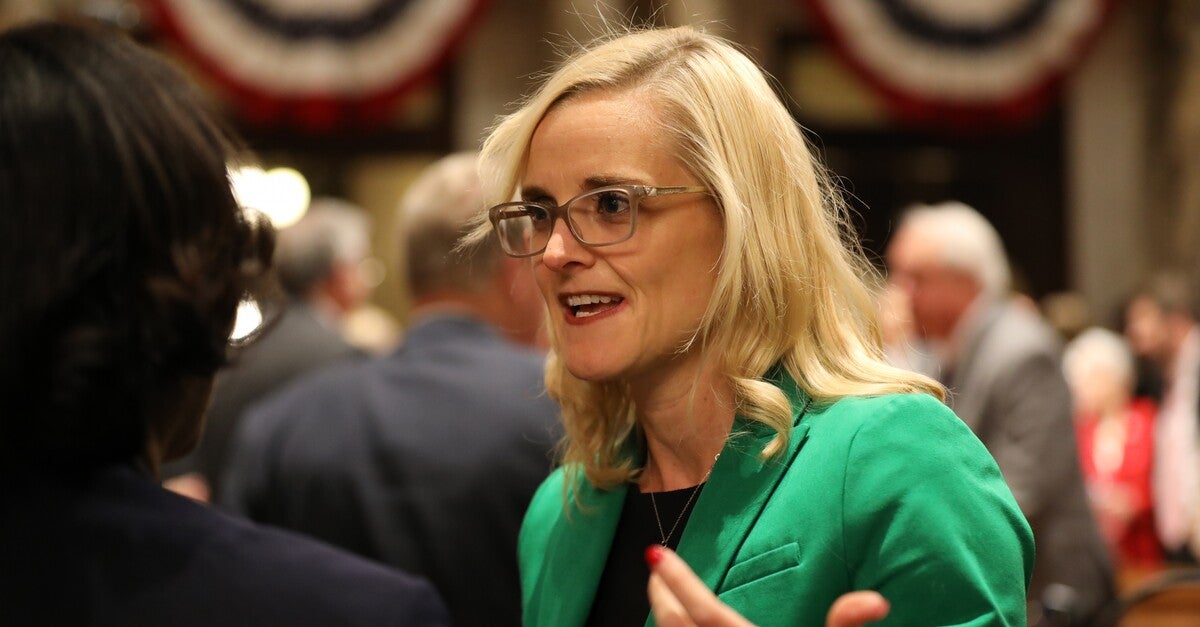 The Wisconsin state treasurer is asking the state pension fund to divest of its $90 million in Russian assets.

In a letter to the Wisconsin State Board of Investment released Monday, state treasurer Sarah Godlewski said Wisconsin should “immediately identify any direct investments in Russia held by the state’s pension system. Wisconsin, the state investment fund and other state trust funds” and develop a plan to divest from them.

In a statement to Wisconsin Public Radio, a spokesperson for the fund said about $90 million, or less than 1% of the state’s $147 billion fund for public retirees, is related to Russian assets. The fund does not directly hold Russian stocks or bonds. The divestment is complicated by the fact that, according to the investment board’s statement, “more than 80% of the exposure is held via accounts managed by external managers over whom SWIB does not exercise discretion in investment”.

Godlewski, who is also a Democratic candidate for the US Senate, said the divestment was both prudent and fair in the wake of Russia’s invasion of Ukraine. International sanctions put in place in the days following the invasion at the end of last month cut off some Russian banks from the international banking system, froze funds at Russia’s central bank and personally targeted a long list of Russian oligarchs. .

“The Russian ruble has already fallen by at least 50% in the past month, and it will continue to fall as more companies pull out of Russia,” Godlewski said in an interview with WPR. “We also have a moral obligation when we see civilians losing their lives.”

Wisconsin’s pension fund for state employees is one of the 10 largest in the country, with more than 650,000 participants. Godlewski’s call comes as state legislatures across the country have moved to divest or encourage public pension fund divestment from Russian holdings:

But even states that have taken steps to divest from Russian companies have seen their progress stalled. Russia shut down its financial markets as international sanctions sent its economy into freefall. This has made it difficult for large investors to sell their Russian assets.

We also don’t know who would buy them. A spokesperson for the Ohio School Employees Retirement System told the Columbus Dispatch that “the reality … is that there is currently no market for the sale of Russian securities.”

In its statement, the Wisconsin State Board of Investment said it was “monitoring the situation closely,” but that “finding willing buyers for these assets, or places to trade, remains difficult on these turbulent and illiquid markets”.

Despite these challenges, Godlewski said it was important to act quickly.

“Every day we lose more and more money if we invest directly in Russia,” Godlewski said. “We only see the (Russian) currency continuing to fall.”

Editor’s Note: Wisconsin Public Radio is a service of the University of Wisconsin-Madison. Its employees belong to the Wisconsin Retirement System.